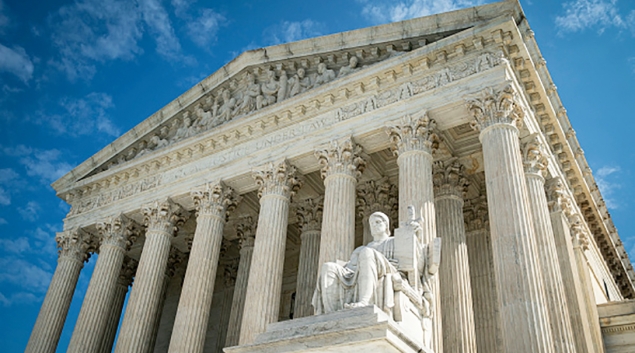 The Supreme Court is scheduled to hear arguments today in the case involving 340B payments for hospitals’ outpatient drugs.

The American Hospital Association and several other organizations and health systems originally brought the case in 2018, after the Trump Administration issued a final payment rule that decreased the amount of reimbursement hospitals received from the 340B drug payment program by about 30%.

At stake is Medicare reimbursement for 340B-designated hospitals. Hospitals get a discounted rate for the drugs, but charge Medicare the full price, using the difference to offset the operational costs of serving disadvantaged patients.

On average, Medicare has paid 340B hospitals 106% of the average sales price of the drugs.

However, currently two-thirds of nonprofit hospitals participate in the 340B program, according to SCOTUSblog, compared to relatively few when the program began in 1992. Some argued that hospitals were ordering more expensive drugs to take advantage of the reimbursement.

The outpatient prospective payment system and ambulatory surgical center final rule that went into effect in 2018 cut payments to 22.5% less than the average sales price. Medicare estimated that it would save $1.6 billion annually due to the change.

The AHA claims the cut in payments is contrary to law, as when Congress enacted the Medicare Prescription Drug, Improvement and Modernization Act of 2003; the Department of Health and Human Services set reimbursement rates for outpatient drugs based on acquisition cost, rather than price.

In its 2-1 decision, the court of appeals relied on the Chevron doctrine, the lawsuit said. The 1984 decision on Chevron held that courts generally should defer to agencies’ reasonable interpretations of ambiguous statutes, according to SCOTUSblog.

The appeals court said Congress gave HHS broad powers because the statute says the HHS secretary can perform a specified calculation and adjustment, according to the lawsuit.

Since the lower courts have upheld the reimbursement decrease, some drug companies have also slashed payments to contract pharmacies.

The latest is global drug company UCB, which recently announced it would stop providing 340B discounts to hospitals on drugs dispensed at community-based pharmacies starting December 13. UCB will provide products purchased at the 340B discounted price only to locations registered as a 340B covered entity or child site location, the company said.

This development makes UCB the ninth drug company to impose restrictions on 340B pricing through community pharmacies.

This is in violation of the statute, the federal government has said.

340B Health President and CEO Maureen Testoni said, “UCB’s decision to withhold crucial 340B drug discounts from hospitals partnering with community pharmacies to serve patients in need is unconscionable. The federal government has launched enforcement actions against seven drug companies that are breaking the law with these pricing restrictions. Two federal courts have ruled that drugmakers cannot refuse to offer statutory discounts or impose unilateral conditions on those discounts. Yet UCB is ignoring all these clear mandates by imposing an unlawful policy that will serve only to hurt patients at safety-net hospitals and boost the company’s revenues.”