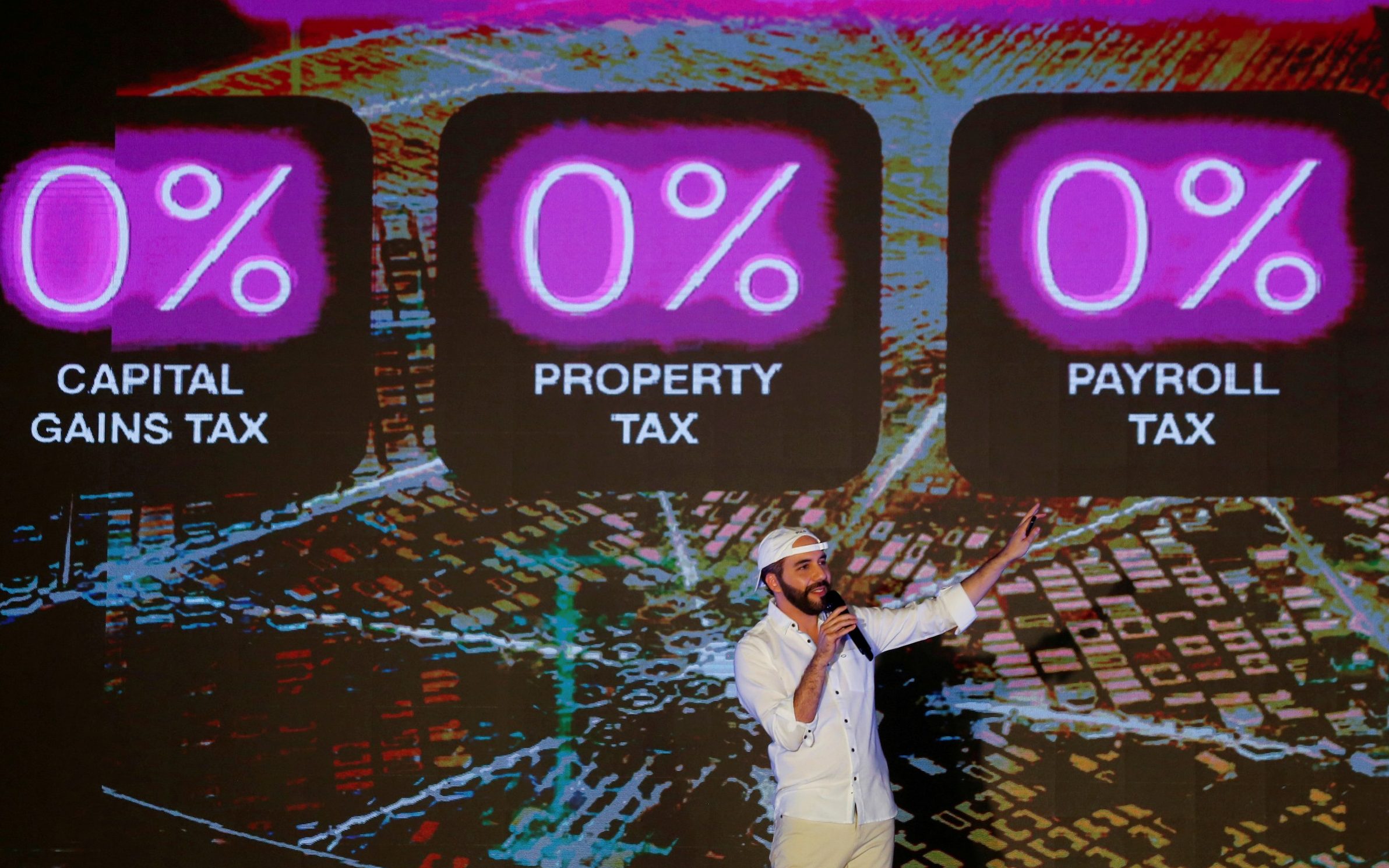 Catherine Mulligan, an expert at the University of Lisbon, says the plans are akin to running an “experiment on other people”.

She warns against the crypto community using “unstable or lower income nations as testbeds for these technologies”, calling the impoverished country’s plans “basically an unregulated trial”.

“It really has a massive impact if someone suddenly says to you your wages are getting paid in this massively fluctuating currency,” Mulligan says.

Maturing in 2032, Bukele’s Bitcoin bond will pay an annual coupon of 6.5pc – roughly half the amount paid on standard 10-year El Salvador bonds. While that level of yield is high for government debt, it may be a turn-off for the crowd of retail investors that helped power Bitcoin to record highs earlier this year and who crave chunkier gains.

Siobham Morden, head of Latin America Fixed Income Strategy at Amherst Pierpont, says the new bond could support El Salvadoran government debt if it can extend “beyond the ‘novelty’ of the Bitcoin audience and into mainstream investors”.

But, she says, “innovative financing is not in itself a solution” to the country’s financial problems.

Bigger gains could come down the line. According to Bukele and bond sale partner Blockstream’s proposals, 50pc of the subsequent proceeds raised after the initial $500m Bitcoin investment is recovered will be returned to investors. Blockstream’s chief strategy officer Samson Mow says this could mean a top-flight yield of 146pc in the 10th year – but this is based on modelling by the Canadian company that the price of Bitcoin will have risen twenty-four-fold to $1m within the next five years.

The rest will go to the city. Bukele says this as-yet-unnamed metropolis will “include everything”: commercial and residential areas, an airport, ports, rail links and geothermal power from the Conchagua volcano. No taxes will be levied except value added tax on spending. He estimates public infrastructure for the city will cost 300,000 Bitcoins – which, when he said it, equaled about $135bn. For comparison, Saudi Arabia’s planned super-city Neom is expected to cost $500bn.

The president is hoping that being an early mover on cryptocurrencies will open the door to foreign investment, shifting El Salvador’s reputation from murder capital of the world to crypto trailblazer.

However, plans have garnered a lukewarm reception. Despite Bukele being wildly popular in the country, thousands of Salvadorans took to the streets in September to protest against making Bitcoin legal tender as businesses are forced to accept it. Meanwhile, the government’s Chivo e-wallet was also hit by technical problems.

“I would significantly doubt that Salvadorans would be using Bitcoin to buy a cup of coffee or order pizza,” says Prof Ram Gopal, a digital finance expert at Warwick Business School.

“The fact that only about 30pc of Salvadorans even have a bank account makes Bitcoin a lot more accessible to a wider population… it does not mean that there are no risks and I think the biggest risk really is the price volatility of Bitcoin.”

The cryptocurrency has soared 200pc in the last 12 months but in that time has been on a rollercoaster ride ranging from under $20,000 to almost $70,000. Such wild swings in the price could quickly feed through to the value of household savings and thus El Salvador’s economy.

Computer Services Near Me